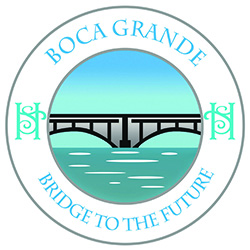 In November the Boca Grande Historical Society opened its refurbished museum with a new exhibit about the history of the Gasparilla Island Bridge and its importance to the development of the island to where it is today. The positive reaction to the exhibit by long-time island families, current residents and visitors alike has resulted in the Society adding Saturday hours to its museum schedule.

Now it is offering private tours to groups of 10 or fewer people. These tours are free to Historical Society members and their guests. Nonmembers may schedule a private tour at a charge of $6 per person (children under 12 are no charge). Jim Blaha, who chaired the creation of the exhibit, notes that children have enjoyed their visits very much – especially the hands-on elements.

Highlights of the exhibit include filmed interviews with the Sprott family, who tell the story of the ferry that operated before the bridge was built, the controversy over the building of the original bridge, the early years of the bridge use and the original toll system, the purchase of the bridge by the residents of Boca Grande, the creation of the Gasparilla Island Bridge Authority and the recent construction of the new bridge. The exhibit includes the control panel from the old bridge and the opportunity to fly with a drone under and around the bridge.

To schedule a private tour, call the Historical Society at 964-1600. The museum is located at 170 Park Avenue in the historical Teacherage next to Boca Bargains. Regular (nonprivate) tours are available Monday through Friday from 10 a.m. to 4 p.m. and most Saturdays from 10 a.m. to 1 p.m.