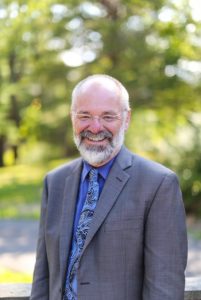 STAFF REPORT – On Tuesday, Feb. 4 the red carpet will be rolled out for the premier showing of the newly produced documentary about the reconstruction and launch of the Mayflower II. Presented by Richard Pickering, deputy executive director of Plimoth Plantation, and sponsored by Peter and Ginny Nicholas, the film includes never-before-seen footage of the launching of Mayflower II in September 2019 in preparation for a spring 2020 voyage to Boston. Pickering will also comment about the importance of the Mayflower to American History and of the Mayflower Compact as the precursor of the Constitution.

Pickering has been with Plimoth Plantation for 30 years, serving in various research, education and administrative capacities. Today he serves as the Museum’s chief historian and oversees development of educational and theatrical programs. He is currently a Ph.D. candidate in English at the University of Connecticut, having previously studied at the College of William and Mary and Bridgewater State University. He has spoken at the United Nations and the Smithsonian National Museum, Harvard, Tufts and Brandeis universities.

Pickering has appeared on NPR, PBS and the History Channel as well as various network news and talk shows. He worked with Ric Burns on the film “The Pilgrims” for public television’s American Experience.