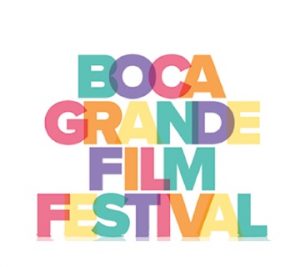 STAFF REPORT – It’s the night before the Boca Grande Film Festival officially begins, Tuesday, Feb. 18, a night when islanders gather in their golf carts to enjoy a night at the Drive-In, the Boca Grande way.

It’s dusk. Too early, with too much light, which means the outdoor movie can’t begin. Still, the crowd needs something magical to sustain them as they sip their wine.

And that’s when Grande Glee enters.

Dressed as if they are going to an Oscar celebration, the 20-plus members of Grande Glee begin their magical medleys based on beloved Hollywood musicals.

True to Glee’s mission, everyone who wants the chance to solo has that opportunity. The entire Glee membership backs up the soloists, leading to a great feeling of camaraderie.

What can you expect? Here’s the lineup:

All – At The End of the Day; Margaret Bush – I Dreamed A Dream; John Moenning – Master of the House; Linda Rollyson & Scott Wise – Castle on a Cloud; Boots Tolsdorf – On My Own; Jim Grant & Rebecca DeRosa – One Day More; John Cleghorn – Empty Chairs & Empty Tables; James Martin – Bring Him Home; All – Do You Hear the People Sing

The Wizard of Oz

Grande Glee was created by Erica Ress Martin five seasons ago, with Sharon Ponte as the musical director. The singers have grown in number, as well as ability, over the years. More importantly, they have grown attached to each other and to their mission of having fun while they sing their hearts out.