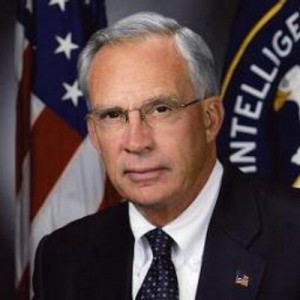 The discussion will take place at 4:30 p.m. on Friday, April 8 in the Boca Grande Community Center Auditorium.

The conversation will cover various topics and focus on what kinds of implications Florida voters are likely to face in the future.

Michael Alexander, Friends of Boca Grande Community Center Board Member, was an instrumental part of getting Graham and Goss to speak in Boca Grande.

Alexander said members thought it was a good idea to use the election year as a focal point, but he hopes the conversation won’t strictly be political.

“I believe Florida has the most immigration in any state in the union. Both of these men have a tremendous background in national security and immigration, and we think it will make for a very interesting discussion,” Alexander said.

He hopes other issues that will likely come up during the conversation are environmental concerns, agriculture, conservation, the state of the economy in Florida and the generational divide that exists here.

Alexander said they chose the program title, “As Florida Goes, So goes the nation,” because many people believe Florida is the microcosm of the nation, and by looking closely at Florida, residents may get some important insights on the country as a whole. He added that he also believes residents have a responsibility to understand Florida better.

“Florida is very unique and the issues we are facing are constantly changing. Considering the strength and variety of their (Graham and Goss) backgrounds, it’s a great idea to bring both of them here at the same time to discuss these important issues,” Alexander said.

Dr. Susan MacManus, distinguished Professor of Public Administration and Political Science at University of South Florida will moderate the discussion. She has been moderating events and civic opinion programs throughout the state for more than 20 years. She is originally from Tampa, and earned her Ph.D. at Florida State University.

“I’m truly honored that I was asked to moderate the event. These are both very distinguished men with impressive backgrounds. And they both have a passion for Florida and its future – as do I,” MacManus said.

MacManus said she is striving to probe deep into several issues about how Florida is evolving.

“I’m hoping for strong audience participation, I’d like it to be a very interactive discussion,” she said.

MacManus has moderated events for the Speakers of the House of Representatives in Tallahassee. She will attending both of the presidential conventions this fall.

This will be her first time coming to Boca Grande.

“I am excited to visit the island because I love fishing and my dad used to fish here all the time, but I never have had the chance to yet,” she said.

MacManus is also an author and a TV commentator with ABC.

A Q&A session will be held after.

General admission is $35 and reserved seating is $50. Sponsors will enjoy reserved seating in the auditorium for the lecture and an invitation to a VIP cocktail party with the speakers afterward. The cost is $150.

“This event is the result of the efforts of several of our committee board members who were very instrumental in helping organize it,” said Friends of Boca Grande Program Director Debbie Frank.