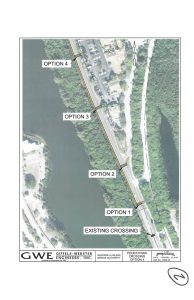 BY MARCY SHORTUSE – New-fangled headlight tags, evildoing doves and sidewalks were part of the conversation at the Wednesday, April 24 quarterly meeting of the Gasparilla Island Bridge Authority. In fact, the entire second half of the meeting was devoted to discussion revolving around trying to pinpoint the exact property line at the southernmost part of the roadway that GIBA governs.

With some help from a thorough presentation by Jon Cole of Giffels Webster Engineers, Inc., the Board determined they would pursue confirming an accurate legal description of exactly where their property ends. The realization that they weren’t as sure about where their property line was as they thought they were came about six months ago, when the Board started working on a plan to add a sidewalk to the west side of the Causeway south of Gulf Shores Boulevard.

In his presentation, Cole went through the history of sale transactions dating back to 1958, when the Florida Bridge Company purchased the land from Sunset Realty. Inconsistencies started to present themselves right away, and it appears there is a potential leeway of at least 25 feet (and possibly 50 feet) between where GIBA’s property line is marked and where it actually is.

The Board voted to have GIBA Attorney Rob Berntsson Cole continue this research, and to possibly have them hire another surveyor to complete the investigation.

At the next GIBA meeting in August the Board will discuss the findings from their research, then proceed with determining where the sidewalk and a new crosswalk will be placed.

The Board also discussed the ongoing status of the toll booth changes, and said the transition from the old to the new is going as they expected. Many people who have already left Florida to go to their summer homes didn’t switch their cards and stickers from the old to the new, so they are anticipating a new wave of bridge patrons coming into the office next winter to switch them.

GIBA Executive Director Kathy Banson-Verrico said they have exchanged more than 8,000 cards and stickers since the transition began, and they will continue through the next few months. She said there are also “behind-the-scenes changes” being completed as well. The final phase, due to be completed by the end of this summer, will include a customer service upgrade and a new GIBA website. All toll collection system upgrades to software and hardware are expected to be done by the end of summer.

All current toll rates and policies will remain the same.

Banson-Verrico said they are trying just a few “headlight stickers,” which will replace the new stickers that are supposed to go on the bottom lefthand corner on the inside of the windshield. She explained that some higher-end vehicles have a lot of technology going on in the windshield glass, and it was interfering with the antennae in the stickers. Some vehicles now have headlight stickers, which can still be read the same way as the windshield stickers as long as the satellite tower is working. If the tower is down, it will present a problem for toll takers to manually scan the stickers on the headlight. Banson-Verrico said right now they are experiencing 99.8 percent accuracy with the new stickers and cards.

While the stickers can be read from almost anywhere in the car, GIBA staff strongly encourages everyone to place them on the bottom left corner of their windshield. So far they have had to replace approximately 100 stickers because they were applied incorrectly.

The Board also discussed some dove issues taking place under the swing bridge, and voted to begin a Request for Proposal process to find a professional wildlife company to install netting around three piers that house the machinery under the Swing Bridge.

The netting will not be seen from the roadway and will not have any effect on pelicans, osprey or night herons that are frequently seen above the bridge. The company that is hired will also be asked to provide power-washing services prior to erecting the netting.

The estimated cost of the project, judging from similar netting used by the Air Force and in parking garages, will be around $40,000 to $50,000.

In the engineering report. Board Member Peter Strong said he has been following up on a very valid point that could possibly be considered as an addendum to GIBA’s existing emergency plan: What is the plan if the bridges fail? He said he has been researching a barge process that might work in the event the bridges or the Causeway are so damaged that vehicles can’t cross them.

Strong said that about six weeks ago he had a conversation with someone who had information regarding the renovation at the Mercabo facility, now owned by the Gasparilla Island Conservation and Improvement Association, regarding a barge landing that is still in use there. According to preliminary reports, that barge landing might still remain after renovations are complete, and it could be a valuable asset during times when the bridges and/or Causeway might experience restricted vehicular traffic flow. Banson-Verrico said that GIBA’s current emergency plan includes coordinated efforts and shared resources with state and local safety agencies, as well as the Florida Department of Transportation.

“GIBA’s mission is to maintain safe and efficient traffic flow at all times through the toll booths and along the Causeway,” she said. “Staff will coordinate research with emergency agencies regarding the availability of a ferry service and report back to the Board.”

It was also brought up that the Florida Department of Transportation would quickly provide GIBA with a temporary bridge, such as what we had when the current bridges were being built. Our bridge system is considered to be a “critical bridge,” as it is the only vehicular access point onto the island.

The finance and audit committee report included a review of fiscal year 2019’s second quarter, which showed that GIBA’s cash position remains strong, even though revenue is down by about one percent. However, expenses are also down by nine percent. The overall net position increased by $1.3 million for the first six months of this fiscal year.

The Board made the first payment on a SunTrust loan taken out for the new toll system, in the amount of $467,000.

Traffic counts showed almost identical numbers for the same time frame as last year, and this is the first weekend since this season began that the toll booth will be back down to only two lanes open. However, Banson-Verrico reported that she hopes the far left lane will be dedicated to toll card and sticker users only in the next few months. That should begin to expedite traffic, especially in the mornings. 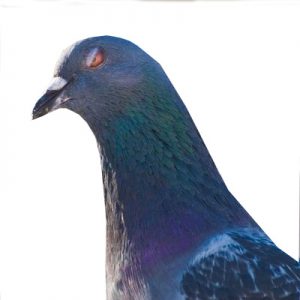