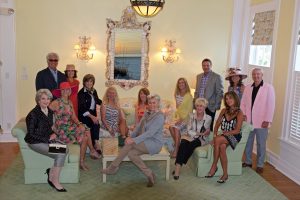 With local ladies serving as models, the show will feature the latest couture from our own Boca Bargains.

Tickets are available to the public at $75 for individual tickets and $150 for a sponsor’s ticket. Checks should be made out to the Boca Grande Woman’s Club and mailed to Diane Cook at P.O. Box 1676, Boca Grande, 33921.