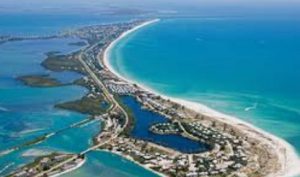 Boca Grande has made yet another list recently, in a slightly more obscure niche market. A website called The Richest (therichest.com) compiled a list of the top 10 richest towns in Florida. Their qualifiers included the reported income of the residents and the overall time the residents were in their Florida homes in said towns.

Not only did Boca Grande make the list, we came in as number one.

“The title of most expensive town in Florida goes to the Southwest beachside paradise, Boca Grande. This idyllic town has all the charms of Old Florida – a thriving fishing industry, mom-and-pop eateries, and, of course, beaches built for casual strolling,” it states. “However, it also has some seriously luxurious mansions and impressively large estates.

“With an average home price of $2.125 million, and the average household income is a whopping $111,028.00, Boca Grande’s residents have some very deep pockets. However, many of these multimillion-dollar houses sit unoccupied for the majority of the year – billionaires and millionaires head down to Boca Grande to wait out brutal winters.”