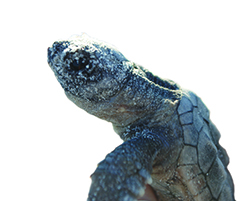 The Boca Grande Sea Turtle Association reported the latest numbers for sea turtle nests on Friday, July 1, 2016. As of July 1, there were 474 loggerhead (caretta caretta) turtle nests and 4 green sea (chelonia mydas) turtle nests on the island. Also, 634 false crawls (turtles that emerge on to the beach but return to the water without nesting) have been reported. While sea turtles naturally false-crawl on all nesting beaches, the rate of false crawls is generally significantly higher in front of sea walls.

BGSTA volunteer Melissa Csank said nothing out of the ordinary occurred over the Fourth of July holiday weekend. However, many beachgoers seemed to have left the area without taking their trash with them. “Copious amounts of trash and firework detritus were left behind, and we had the familiar ongoing dog issues, where owners did not keep their pets on leashes,” Csank said.

There were a large number of false crawls reported the morning after the holiday, especially at the north end and from 10th Street to the range light, likely due to the crowd and noise. “Whether the turtles were spooked by humans, fireworks or something else is inconclusive,” Csank said.

On May 22, 2016, a loggerhead turtle was stranded on zone 7 (between 3rd and 4th street). With the help of the Boca Grande Fire Department, the turtle named “Tucker B” was transported to Mote Marine Laboratory in Sarasota for rehabilitation. It had some minor, older wounds and appeared very lethargic. For the first week, Tucker B didn’t show much interest in eating, so he was given fluid therapy and force-fed a few fish. On May 31, Tucker B started eating on his own. On June 23, Tucker B started to forage food. His blood work has improved, so antibiotics have been discontinued. You can check the status of the recovery progress at https://mote.org/hospital/patient/tucker-b. “

We extend gratitude to the Boca Grande Club, which for many years now has taken special care to ensure that their beach is firework-free and safe for turtles and shorebirds on the 4th of July,” Csank said.

The BGSTA is actively looking for volunteers. Training and supplies are provided. Donations for the nonprofit organization are always appreciated. For more information, go to facebook.com/seaturtleawareness to find out more details.