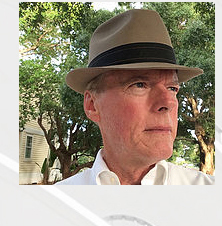 Harold Bubil, the recently retired real estate editor of the Sarasota Herald-Tribune, has written many articles titled “Florida Buildings I Love,” and he will share some of those during a lecture at the Boca Grande Community Center on Tuesday, April 2.

Bubil is a graduate of the University of Florida journalism school, and while he has no formal training in architecture, his informal training includes hundreds of interviews with leading architects in Sarasota and around Florida.

In 2015, he received the Bob Graham Architectural Awareness Award from the Florida-Caribbean Chapter of the American Institute of Architects. In 2017, he was granted the Gold Award from the National Association of Real Estate Editors for the nation’s best residential real estate story of 2016. He moved to Sarasota as a child, so he has witnessed personally the growth of the area. While his passion is architecture, he also likes development history and green building.

This program is offered by the Boca Grande Historical Society and is free and open to all.