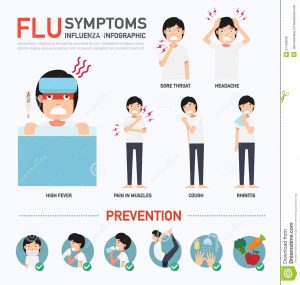 I don’t know if you’ve noticed it, but it seems like the flu season is peaking here on the island. Employees are missing from every store I’ve walked into, even here in our office, and many people are donning the “hope against hope” masks when they have to venture out among the masses.

I had Flu B in early January, the first week, and because I’ve had an extensive respiratory history, I have to be very careful about even a common flu bug. I had a not-so-common flu (doctors tentatively said “swine flu”) in 2009 that left me in the isolation ward of the hospital for three days, and I was so sick then I haven’t felt right since. I waited too long to be seen and was really, really ill when I was admitted.

With that in mind, this time I went to a walk-in clinic in Englewood, paid my $90 up front and sat and waited to be seen. I left after being told by a physician’s assistant who swabbed my nose that I did not have the flu. I went home and got progressively worse through the day, and was feeling pretty forlorn considering I hadn’t been able to eat or drink properly in days.

That night my husband convinced me to go to the emergency room, where I was swabbed again and immediately diagnosed with Flu B, then was treated and released within three hours after taking in an IV bag of the good stuff. Now I owe about $8,090 for one flu bug, but that’s beside the point. At least it wasn’t like 2009, but I was still away from my office for almost two weeks because I have co-workers with loved one who has a compromised immune system.

If you have a compromised immune system, difficulty breathing for any reason or are a caregiver for a person with those issues, you have to be very careful right now because most of the people who are sick around you aren’t going to be careful. I’m seeing sick people among us everywhere I go, whether they’re working in the shops or walking around town. Many think they’re no longer contagious, even if they just got rid of their fever a day or two before, and that’s not usually the case.

The ER doctor I saw and a sick co-worker’s doctor both said the same thing: You can still have active flu “goo” around you even 10 days after being infected … even after you feel better. You can transmit the flu by just having a conversation with someone, not just by touching them or sneezing in their face. The flu virus can “live” on some surfaces up to 24 hours. It can survive as droplets in the air for several hours, with lower temperatures increasing their survival rate.

While the flu isn’t normally life threatening to most, it certainly should be taken seriously. Some strains are worse than others, some aren’t covered by the flu shot you got earlier in the season, and some are. I believe the current flu shots have been updated to include the common strains of the flu that we are experiencing this year.

Many people experience some sort of secondary issue after having the flu (or while they’re down with it) such as an ear, yeast or sinus infection, but after having such a long battle your immune system is feeling a little owly and it isn’t surprising.

If you wake up one morning and can say with surety that you are feeling poorl, it’s best to man up and go to the doctor. There are measures that can be taken to at least shorten the longevity of your flu, if not defeat it entirely, but the sooner you take your medicine the more effective it will be.

Bottom line is this: If you are ill or have just gotten over being ill, please try to avoid people. Wash your hands frequently. If you have a job where you’re in tactile contact with the public please stay home as long as you can. It may be a bit of an inconvenience for you, but it can be life-saving for others who aren’t exposed to your illness.

Newer PostProfile Jim Blaha
Older PostMany thanks to all who made the TIS Chowder Dinner so great!