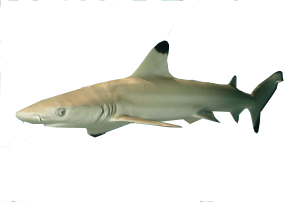 BY MARCY SHORTUSE- An Iowa man will have an interesting story to tell after his trip to Boca Grande left him minus a bit of flesh, but alive and well.

According to Senior Officer Adam Brown, a public information officer for the Florida Fish and Wildlife Conservation Commission, they responded to a report of a shark bite on Monday, Aug. 10 at approximately 4:30 p.m., near the Boca Grande Causeway. The call came in from Charlotte County 911.

It was reported that a 55-year-old male subject was fishing from a vessel near the Boca Grande Causeway and had caught a blacktip shark. While in the process of releasing the fish, the angler was bitten on his left forearm and sustained non-life-threatening injuries.

The FWC and Charlotte County Emergency Services responded to Eldred’s Marina to pick him up, and the victim was transported to Englewood Community Hospital.

This incident is currently still under investigation by the FWC, and Brown said they will provide additional updates as they become available.

“Sharks are powerful animals,” Brown said. “The FWC encourages practicing safe handling and releasing techniques to minimize injuries to both the shark and fisherman.”

Here are some techniques to consider: 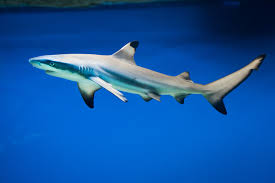 • Keep sharks, especially the gills, in the water.

• Removing sharks from the water can increase the likelihood of injuries to the shark.

• NEVER bring a large shark onto a fishing vessel, a pier or bridge or onto dry land beyond the surf zone unless you plan to harvest it.

• Minimize handling and release time and do not delay release just to take pictures.

• Use a long-handled dehooking device to help with hook removal if it does not delay release.

• If you cannot safely and quickly remove the hook from the mouth, a bolt cutter may be used to cut the hook. If this method delays release or it becomes unsafe to do so, leave the hook in the shark and cut the leader as close to the hook as you can. Wire leaders can be cut with wire cutters.

• Sharks that swim off with a long length of line trailing behind them may be less likely to survive.

For more information on sharks and shark fishing, go to myfwc.com/fishing/saltwater/recreational/sharks/.

Newer PostLETTER TO THE EDITOR: Has an adopted pet changed your life?
Older PostMote Marine documents another first for corals in Florida