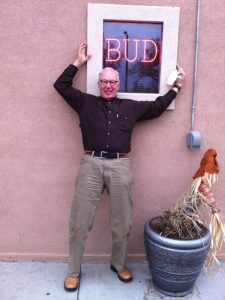 Bernard “Bud” Brand Konheim of Boca Grande and Weston, Connecticut was one of those people who had thousands of friends and made every one of them feel special. So it was a sad day for many on Saturday, April 13, 2019 when he passed away in Norwalk, Conn. after he fell from his bicycle due to an unknown cause. He was 84.

Bud was born on March 25, 1935 to parents Shirley and Albert Konheim. He was educated at Phillips Exeter Academy, graduated from Dartmouth College and served in the U.S. Marines.

He was many things to many people in his life, but he was probably best known for co-founding fashion company Nicole Miller, Inc. He continued to work and serve as the company’s chief executive officer until he passed away. Bud and Nicole worked together for more than 40 years, and he was happiest when he was working. His keen sense of business was amplified by the fact that he kept a positive attitude no matter what, and preferred not to complain unless he could offer a solution.

He was, as one prestigious magazine put it, “a tell-it-like-it-is kind of guy.”

As a fourth-generation apparel producer he knew all too well the changes that have taken place in the industry, and it was very important to Bud to bring fashion production back from Asia to New York. He was one of the first fashion executives to successfully attempt to do so. His passing affected the fashion industry to a legendary degree … so much so that eight pages of memorials were dedicated to him in Women’s Wear Daily.

But here, in Boca Grande, Bud and his wife Colleen were well loved for other reasons. The couple bought their first home here about two decades ago, on Lee Street. Colleen was a collector of pigs and when she saw the little bronze, winged pig at the house she knew it was a sign. They became an integral part of the life of the island, sharing their friends from the worlds of fashion, literature, and philanthropy with our community as the Konheims invited them to speak at the Library and at the Woman’s Club. Bud also donated top-of-the-line Nicole Miller fashions to Boca Bargains, inspiring a bi-annual Woman’s Club Fashion Show that has raised thousands for charity. 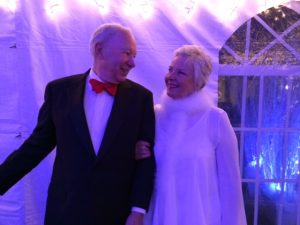 The couple had many, many friends in Boca Grande, including Bud’s very good friend Jerry Edgerton. Jerry’s wife, Barbara, recalled several times when “the boys” went out to play and would disappear for hours. There were shenanigans, to be sure, and endless laughs every time they were together. He also loved playing golf, boating and entertaining.

“He sprinkled fairy dust wherever he went,” Barbara said. “He was a true character.”

The Edgertons and the Konheims met through a program that Bud was devoted to called “Puppies Behind Bars,” which gives service dogs to combat veterans. The dogs are raised and trained in prisons for approximately two years. Bud thought it was one of the best programs, and he got many people from the island involved.

Bud was preceded in death by his parents and his son, Eric, who died in a kayaking accident in 1991. He is survived by his wife Colleen, a son Alex of Sarasota, a stepson, Christian Hoagland and his wife and two children, brother John Konheim, and sisters Barbara K. Kolb and Jane K. Kasov.

Services were held last week in New York City. Boca Grande was well represented by a small group from the island and by comments of the many speakers who had been guests of the Konheims here. In addition, Boca Grande residents Mary Howell and CiCi Ives arranged to have full military honors rendered to Bud by a contingent of U.S. Marines, and Colleen was presented with a U. S. flag.

Perhaps the most poignant of the eulogies was presented by Bud’s son Alex, who recounted how, on the evening of March 23, Bud Konheim listened as his son Alex toasted him at a small 84th birthday dinner in Boca Grande. At the conclusion of the toast, according to Alex, Bud said, ‘I feel like I’ve just heard my eulogy.’ Then, Alex read that same toast as a eulogy to the standing-room-only crowd at his father’s memorial service.

Alex combined some very personal insights into the father/son relationship with tributes to Bud that were echoed by many of Bud’s friends and business colleagues who gathered to celebrate his life. Alex paid tribute to Bud’s sense of humor, his sense of style, his attention to detail, his eagerness to learn, his willingness to share his wisdom and insight with everyone, and his optimism.

He always said, ‘I never met a successful pessimist.’ He is the eternal optimist, all the Exeter and Dartmouth education, and his Marine Corps training has made his life a blessed one, and at 84 years of age he still had the voice of a 30-year-old and the amazement and enthusiasm of a young child. He has shown me through his perseverance, his love and his patience, and his commitment to his business – his true passion and his dedication to Colleen – that he always strived to be his best every day of his life – unflinching – disciplined and always on the move. Thank you for radiating your love and kindness. The world is so much better for it!

In lieu of flowers, contributions in “Bud’s” memory may be made to The Eric Konheim Memorial Fund- The Rocky Mountain Institute, rmi.org/donate/ways-to-give/eric-konheim-memorial-fund or to Puppies Behind Bars, puppiesbehindbars.com.