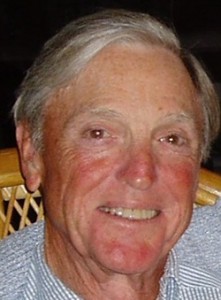 Mr. Samuel retired from a sales and marketing career. A proud member of the Alumni of St. Louis University High School and of St. Louis University, he was an avid Cardinals fan. He loved the game of golf and his buddies and the gang.   He was a member of the Lemon Bay Golf Club and an Alter Server at Our Lady of Mercy Catholic Church on Boca Grande.

He is pre-deceased by a sister-in-law: Mary Wynne Mullen Donovan.

Funeral Mass of Christian Burial will be said on Monday, February 8, 2016 at 11 Am at Our Lady of Mercy Catholic Church on Park Avenue, Boca Grande, FL 33921 with Father Jerome Carosella, officiating and co-celebrating by Father James O’Connor.

Memorial contributions may be made to the Boca Grande Child Care Center, Post Office Box 1386, Boca Grande, FL 33921 in memory of Mr. Samuel.

Englewood Community Funeral Home with Private Crematory has been selected to handle arrangements. You may share a memory with the Samuel family at       englewoodfh.com.