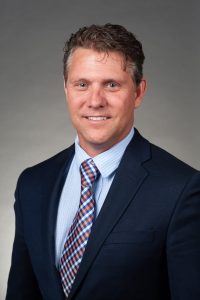 Charlotte County government is pleased to announce the appointment of Sean Doherty as Tourism Director effective Sept. 23. He will spearhead the tourism marketing efforts of the Punta Gorda/Englewood Beach Visitor & Convention Bureau.

Doherty joined the tourism department in 2005 and served as the sales and sports marketing manager. Since June, he has been leading the department as interim tourism director. Doherty is an invaluable asset to the Charlotte County team. Some of the key events he was instrumental in attracting or developing include Charlotte Harbor Regatta, SpringFling Women’s Collegiate Lacrosse, Snowbird Baseball Classic, Sugar Bert Boxing National Qualifiers and the USA BMX Sunshine State National.

Prior to joining the VCB, Doherty served as vice president of events for the Greater New Orleans Sports Foundation. He worked on a Super Bowl, men’s and women’s NCAA Final Four basketball tournaments and the NCAA Women’s Volleyball  Final Four.

A native Floridian, Doherty holds a master’s degree in sports management from the University of Florida. He is a 2016 graduate of Leadership Charlotte and serves on the board of directors for the Charlotte Players and the Gulf Island Coast chapter of the Florida Restaurant & Lodging Association. He is recognized as a certified sports event executive by the Sports Events & Tourism Association. He and his wife Tonya live in Gulf Cove with their two daughters.

The VCB’s mission is to brand, market, and sell the area as Florida’s premier ecotourism, leisure, sports, and meeting and conference destination for the continual economic benefit of the community. Charlotte County collects a five percent tourist development tax on accommodation stays six months or less, in addition to the seven percent sales tax. The first three percent is spent for tourism promotion and marketing while the fourth and fifth percent are used to fund debt service on the bond for renovations at the Charlotte Sports Park.