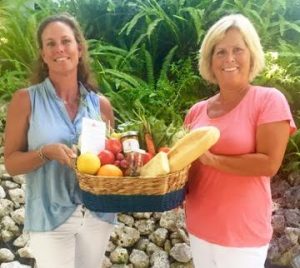 The weekly island Farmers Market is coming back. Boca Grande Farm and Fish Market will be open from 9 a.m. to 1 p.m. on Fridays starting on January 6, 2017.

The market will still be located at the ball field on Wheeler Road. More than 33 vendors are expected to attend the first fair planned for January 6.

Jean Baer and Betsy Ventura of Local Roots, LLC are the new organizers of the market. They currently operate nine markets in Southwest Florida, including ones in Sanibel, Fort Myers, Estero and Bonita Springs.

There will also be a tea vendor, barbecue food, honey, jams and local stone crab and shrimp fishermen.

“We’ve changed the name because we are concentrating on both the land and the sea. Farmer Mike will be bringing fresh cut flowers and produce from his farm. And we’ll be offering lots of deliciously prepared foods,” Ventura said.

Grass Cow, a local butcher, will have grass-fed beef, bison and chicken. Island Seafood specializes in grouper and snapper, and Jimmy’s Java will be bringing organically roasted coffee and cold brewed espresso.

“We will also be hosting a local non-profit each week from the community,” Ventura said.

When asked about the construction equipment currently being stowed at Wheeler Field, Ventura didn’t think it will hinder the plans.

“The County delayed the opening until January due to construction, so hopefully there will be no hiccups,” she said.

Local Roots, LLC is the operator of five of the largest Farmers Markets in Lee County, Florida. Each market offers a unique opportunity for local vendors to sell seasonal local produce and other commodities. Ventura said she was motivated to make a bid to run the market when the County announced it was putting the market out for bid.

“We were encouraged to apply by many vendors we currently work with. We are currently in our 9th season running the Sanibel Island Farmers Market, which is now one of the top markets in southwest Florida. We have experience, passion, and resources to bring Boca Grande the same great weekly market and look forward to working with another barrier island community. Our goal is to bring a weekly event that is a social gathering place and community activity for Boca Grande residents and visitors to purchase from local farmers, fishermen and food artisans. The Boca Grande Farm and Fish Market will be a relaxing, festive place to shop outdoors on the island, offering something for everyone,” she said.