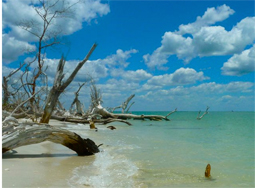 The Friends of Cayo Costa State Park will be hosting the 5th annual “An Evening for the Island” fundraiser event on Thursday, Feb. 2. The event will be held from 6 p.m. to 9 p.m. at The Tarpon Lodge, 13771 Waterfront Drive in Bokeelia, FL.

Tickets are $75 per person, or $60 for members. The themed event will feature with a Caribbean flair, a cash bar and a silent action.

Elaine McLaughlin, chair of the event and member of the Barrier Island Parks Society, said the fundraiser will be very similar to last year’s program, and will feature “Progress 2016.”

“We’ll be giving an update on what is happening at the park at the event and we’ll talk about some plans we have in the works as far as park improvements and additions,” McLaughlin said.

She said one goal the organization is to raise enough funds to build a visitor’s center on the island in the future. She added that all the efforts of the organizers specifically go to support improvements at Cayo Costa State Park.

“The money raised goes toward funding expenditures and operations at the park which are needed on a continual basis,” McLaughlin said. The event is organized by the Friends of Cayo Costa and is limited to 120 seats, so early reservations are suggested.

It is the biggest annual fundraiser the organization hosts. McLaughlin said more than half of the available tickets have already been sold. You can reserve tickets at friendsofcayocosta.org or send a check payable to: Friends of Cayo Costa State Park, P.O. Box 15, Bokeelia, FL, 33922.

The meaning of Cayo Costa is “Key by the Coast,” or barrier island. This beautiful island is isolated from the mainland, reachable only by boat. With no road access, Cayo Costa’s greatest gift is its seclusion. Once inhabited by the Native American Calusa Indians, two archaeological sites remain visible. Visitors to the park can choose to camp out in the primitive cabins and tent sites available for reservation for overnight stays. Each site has a picnic table, a ground grill and access to potable water. There are no sites with electricity. Restroom facilities are located nearby and have cold showers and flush toilets.

The Friends of Cayo Costa State Park is based on Pine Island and is a division of Barrier Islands Parks Society, a 501c3 organization that is the official citizens support organization for Cayo Costa, Gasparilla, Stump Pass, Don Pedro State Parks and Port Boca Grande Lighthouse and Museum. All children need to be accompanied by an adult at the tournament. Snacks are not provided, so make sure you bring anything your family needs to eat or drink. Prizes will be awarded in several age categories, and a raffle will be held at the end of the tournament.  Just follow the signs. Call 964-2564 for more information.