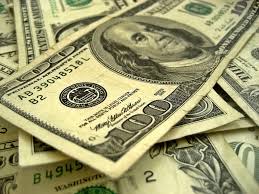 Residents are invited to a financial discussion at the annual 2017 Economic Summit planned for Wednesday, Feb. 8 at 3:30 p.m. in the Boca Grande Community Center Auditorium.

Island resident John Kissinger will be moderating the event. This season’s summit will focus on the outcome of the presidential election with members of the Boca Grande Economics Group commenting on their areas of particular focus and expertise.

“What we plan to do this year is talk about the major issues and opportunities of the current times. That will include challenges in tax policy, health care and trade policy and other items. We’ll talk about policies and programs that our new administration will be facing in the next 100 days, including the federal debt.”

Kissinger said. Runde added that panel members will try to be politically balanced but economically insightful.

“We’ll be providing objective, quantitative data that will give people the opportunity to come to their own decisions about what could be good economically for the country,” Giobbe said. Kissinger said the goal is to keep the conversation very “down the middle” in terms of political concepts.

“Healthcare will be a big topic since it has been such a complex subject of the news recently. It’s particularly relevant because it plays such a big part of the federal budget and it impacts everyone in the audience.”

Giobbe said the panel will entertain questions, but not speeches.

“We want to keep the discussion focused on economics.” Kissinger said that this year there is a very significant opportunity for the new administration and congress to put together a series of policies that can substantially impact in a positive way economic growth within the country as well as good job growth.

“Now that Trump has been elected, his administration is going to be expected to deliver a change agenda of policies and programs, So what we plan to do is talk about that major issues and opportunities that are there and the challenges in domestic and international policy including tax, healthcare and trade policy.”

He said the group plans to talk for about 45 minutes and then they’ll take questions. John will introduce the members of the forum. Jim will lead off the discussion with an overview of the issues to be discussed. Marty and John will discuss fiscal challenges (including tax and healthcare). Michael and Walter will talk about capital markets and the market forecast and where it’s headed looking at year-end 2017.

Some of the benefits guests will gain from attending will include getting an understanding of some of the fundamental challenges that we as a society are being faced with in terms of deficits, trade imbalances and job growth and a chance to gain a glimpse of global trade possibilities as well as implications for individual investment allocations. “We are going to try and state the issues factually and explain potential outcomes,” Kissinger said.

Kissinger and Giobbe formed the Boca Economics Group about 10 years ago along with several like-minded residents interested in studying macroeconomic issues. They have since met on a monthly basis and five years ago they decided to put together an annual economic summit and invite the community to attend.

Tickets for the event are $20 and can be purchased at the Boca Grande Community Center.