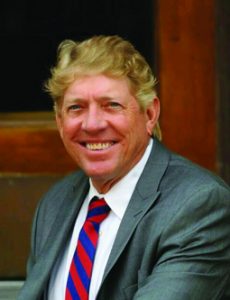 As the campaign season comes to a close, I think it is important to remind people why I decided to run for this office. I am running to fix a series of problems that have existed for years.

In the 2012 election, Lee County voters waited up to eight hours to cast their ballots. To make matters worse, many voters simply gave up and left without having voted.
I understand that mistakes happen. But what happened that day was preventable.

Even after long lines during Early Voting that exposed delays in the ballot-scanning process, additional scanners were not deployed to the polling sites. Instead, they inexplicably sat in storage. So when a scanner failed, it took hours to get replacements to the polling sites, causing already long lines to grow even longer.

And did you know Lee County voters waited an average of nearly two hours, while Collier County’s average wait time was just eight minutes? Why? The Collier County Supervisor of Elections petitioned the state to consolidate the ballot, which helped shorten the wording of amendments and thus decreased the amount of time it took to scan the ballots. It was reported in the media that our Supervisor of Elections didn’t realize this was an option. Time has passed and the pain of the 2012 election has largely been forgotten. However, the mistakes continue.

In 2013, voters were turned away from the City of Ft. Myers’ elections. Due to an error by the Supervisor of Elections, legal voters were not allowed to cast their ballots. Let’s be clear; a voters should be informed of their correct voting place. But, when in doubt, no legal voters should ever leave a polling place without casting their vote, even if it’s a provisional ballot. Mistakes continued in the 2014 Presidential Preference Primary.

The wrong ballots were sent to voters in Bonita and Estero, twice. And the mistakes keep coming. Not only have Election Day nightmares become a common occurrence, incompetence is also prevalent in the purchasing and budgeting process.

In June of 2015, the Supervisor of Elections purchased $800,000 worth of iPads that were supposed to make check-in smoother and faster for voters at polling places. Guess what? Those iPads were incompatible with the current system. So she asked the Board of County Commissioners for an additional $892,956 to purchase new, compatible equipment. In June that request was withdrawn, yet unbeknownst to the County Commissioners and tax payers, she went ahead and spent $525,000 on this equipment. It should come as no surprise that she has now overspent her budget and recently requested an emergency $185,000, claiming that the funding is necessary to make sure Lee County doesn’t repeat the long lines of 2012. How could this happen?

This year’s Supervisor of Elections budget is $9 million, a 30 percent increase from the previous year. She claims this is no big deal, because in years past she has returned money to the County when she spent less than budgeted. But when pressed on the issue, she admits that she intentionally overbudgets so she doesn’t have to go back and ask for more in the event she mismanages her funds. The Elections budget is part of the Lee County budget, which determines our property taxes. By taking additional money from the County as a safety net for her own mistakes, the Supervisor of Elections is actually taking money away from public safety, infrastructure or even tax cuts for Lee County families.

This is not fiscally conservative. Quite simply, it’s irresponsible. With the 2016 election right around the corner, the question looms: Will Lee County be ready, or will we see a repeat of past performances? The taxpayers of Lee County deserve better.

And that is why I am running for Supervisor of Elections.