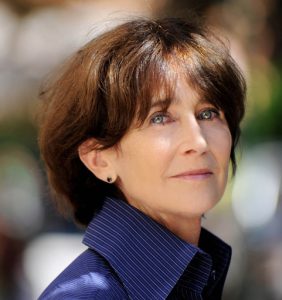 STAFF REPORT – The Library Foundation is honored to once again welcome Roxana Robinson to speak in the library loggia.  Her most recent novel, “Dawson’s Fall,” takes place in stormy, post-Civil War Charleston during 1889.

It is a time and place fraught with division, both social and political, and racial conflict. The main character, Francis Dawson, and his wife, Sarah, were the author’s great-grandparents.

The story is based on first-person narratives, including their diaries and journals. Francis Dawson was the founder and editor of The News and Courier, and his editorials contributed to the abundance of primary research material.

Interestingly, Harriet Beecher Stowe, who documented the plight of the slaves from the northern, abolitionist point of view in her classic, “Uncle Tom’s Cabin,” was Ms. Robinson’s great-aunt.

Carolyn Kellogg, reviewer for the Washington Post, said it well:

“Here Robinson has pieced together a century-old true crime, a murder in which all the witnesses are long dead. Using far-flung sources and excruciating care, she creates the map; her novelist’s skills render it in 3-D. Few Americans may have an ancestry as acutely divergent across the Mason-Dixon Line as Robinson has, but the legacy of slavery and the Civil War is still being felt by our nation.

‘Dawson’s Fall’ is a richly envisioned attempt to reconcile with that troubled history.”

Robinson is the author of five previous novels, including “Sparta and Cost,” three short story collections and the biography, “Georgia O’Keeffe: A Life.”

Her work has appeared in The Atlantic, The New Yorker, Harper’s Magazine, The Washington Post, The Wall Street Journal and Vogue, among other publications. She has received fellowships from the National Education Association and the Guggenheim Foundation. She teaches in the Hunter College MFA program.

Dawson will speak on Tuesday, Feb. 18 at 4 p.m. in the Johann Fust Library loggia. This Literary Series event is presented at no cost. Reservations are not required.