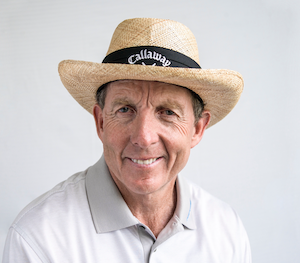 STAFF REPORT – The private Coral Creek Club in Placida, Florida, is pleased to announce that David Leadbetter has been engaged to serve as the club’s Director of Instruction. In an exclusive multi-year arrangement, the world class instructor will oversee Coral Creek’s teaching program, train the professional staff in his methodology and be available to members for lessons and coaching at a special rate.

“We are truly fortunate to have David as our director of instruction,” stated Tom Noyes, Coral Creek Club’s General Manager. “His affiliation will enhance Coral Creek’s reputation, and this is a fantastic opportunity for our members. In addition to helping our pros broaden their observation and coaching skills, the added exposure and credibility David brings will aid in continuing to spread the amazing story that is the Coral Creek Club.  Following the recent Tom Fazio renovation of the course, the club’s next chapters are just now being written.”

“Coral Creek Club is a hidden gem that is about to be uncovered,” said Leadbetter. “This Tom Fazio design is a course that can be enjoyed by golfers of all levels, and will provide a stern test for the very best players off the back tees. Florida has been waiting for a course like this! The club will be spoken about in the same breath as many other world class venues that I have had the good fortune to visit during my career. It’s been my job to recognize and coach great golfing talent, and if I was to measure the potential of Coral Creek in a golfer’s terms, I would say that it has major winner written all over it! I am proud and excited to become the Director of Instruction at the beautiful Coral Creek Club and to helping the members with their games.”

Leadbetter already has visited Coral Creek a number of times and he’s helped consult on the finer points of the practice facilities. He believes that the newly renovated course is destined to become one of the most prestigious clubs in the state.

In his 30 year career, Leadbetter has coached touring professionals to 26 major championship titles, helped seven PGA TOUR stars reach the number one position on the Official World Golf Rankings list, and counts his lessons to have resulted in over 150 individual worldwide tournament victories. In addition to working with elite players, David is equally dedicated to helping the average golfer play better.