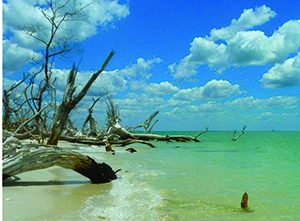 The Boca Grande Fire Department responded to an emergency call concerning a man who was found unresponsive in the water while swimming off the beach on the harbor side of Cayo Costa on Saturday, Aug. 20.

The call came in at 3:02 p.m. Witnesses told first responders that the 40-year-old man was swimming with his family when he simply disappeared under the water. There were no signs of injury or other trauma on the scene. Firefighters and paramedics performed CPR during the boat ride back to a Boca Bay dock, where the man was then transported to a local hospital.

Charlotte County Fire and EMS and the Lee County Sheriff’s Office also assisted with the call.