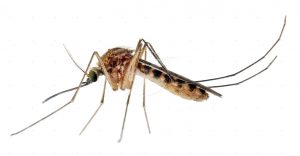 BY OLIVIA CAMERON- Lee County Mosquito Control District has worked around the clock to collect accurate data on the local mosquito population. Mosquito spraying, however, is not on a fixed schedule, but is determined by their consecutive calculations.

Eric Jackson from the District has provided a look at their progress in tracking down mosquito larvae and eradicating them prior to their transition into pests buzzing in our ears and giving us welts on our legs. Talk about heebie-jeebies.

“We do not spray on a schedule, it’s all based on surveillance. The data we collect warrants a spray truck to be sent out,” said Jackson. “The land is under constant inspection every day. We monitor the weather, tide levels, areas where water could flood and seasonal rain shifts. The goal is to get the mosquito larvae before they fly.”

If that’s not enough to give you some comfort, Jackson stated a variety of ways their biologists collect the data.

“We collect mosquito trap data and inspectors utilize land grades, where they count how many mosquitoes land in a given area over a certain period of time.”

The mosquito control biologists survey the land daily, whether in the marsh or through aerial inspection. Ground inspectors manage the data concerning breeding habitats. Adult mosquito control is gauged each night from May to October.

Local residents are also able to send service requests on the District’s website. This, however, does not mean a truck will be sent out directly to the neighborhood.

“When we get service requests, they help us to pinpoint our data. We can’t just send out a truck or helicopter when we receive a complaint, but our spraying often coincides with the requests we receive,” said Jackson.

The District inspectors connect the dots through reports and data collection, utilizing a truck at night when necessary.

“We spray at night, when the mosquitoes are the most active. There are a variety of chemicals used, but we want locals to know these chemicals are safe for neighborhoods. Of course, they’re not safe for mosquitoes, but they do not harm people or pets,” said Jackson.

The chemicals are calibrated to kill insects the size of a mosquito, but are carefully combined to refrain from harming other vital insects. Larvae are controlled with the use of larvicides, while adult mosquitoes are eradicated with adulticides. Sterile insect technology is also more prominent in local neighborhoods. Each chemical used has been approved by the U.S. Environmental Protection Agency.

Because the task revolves around damage control, they see positive results when stopping mosquito reproduction before it becomes a problem.

“If we eradicate the larvae ahead of time, then you wouldn’t see the trucks at night or hear the low-flying helicopters.” Jackson stated that they typically send daytime helicopters to monitor larvae.

The district sends the Airbus H125 helicopter through Lee County for inspection and larvae spraying in the daylight. The aircraft is capable of landing in mangrove marshes, an ideal breeding ground for larvae. The H125 also deploys a low-volume insecticide to the barrier islands. A fixed wing aircraft is utilized for aerial adult spraying between 9 p.m. and 2 a.m.

The District uses seven heliports, or locations to refuel and reload through the aerial larvae spraying route. One in particular is the Boca Grande Heliport off East Railroad Avenue.

Mosquitoes are not only a pest, but they can also transmit illnesses to people if not monitored carefully. Today there is still a concern about mosquito-borne illnesses, including the West Nile virus, Zika virus, malaria, Eastern equine encephalitis and more. To keep an eye on the spread of these illnesses, the District tests the blood of sentinel chicken flocks for virus antibodies. Traps also collect a significant amount of data. From there, the threat to the human population is considered and controlled.

Since the most recent Florida Arbovirus Surveillance report conducted, 20 sentinel chickens have now tested positive for antibodies to the West Nile virus in many counties, Lee included. Lee County, along with Bradford, Holmes, and Palm Beach, has remained under a mosquito-borne illness advisory.

The Centers for Disease Control and Prevention recommends that those who work outdoors or with laboratory samples, as well as business travelers and healthcare workers who are at risk, take the necessary precautions to avoid illness. This includes wearing protective clothing, removing standing water from the worksite and use of EPA-registered insect repellent. Rare but severe mosquito-borne illnesses can cause death.

“Our job is to protect public health,” said Jackson. “Boca Grande has a designated biologist constantly monitoring the land and keeping the mosquito population at bay.”