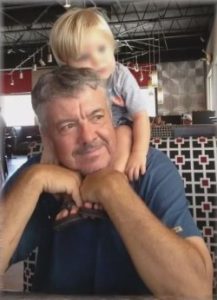 A boater missing since late last week in local waters was discovered in Charlotte Harbor near Burnt Store Marina on Sunday, May 1.

Lt. Jeffrey Dektas said Lee Country Sheriff’s Office deputies responded to a call in reference to a body that was found in the water. The Sheriff’s office dive team retrieved the body of a male who was later confirmed to be 62-year-old Jim Winkler of North Port.

Detectives with the Lee County Sheriff’s Office Major Crimes Unit responded and conducted a death investigation. The decedent was recovered, and an autopsy was performed by the Medical Examiner’s Office.

At the conclusion of the investigation, the decedent was positively identified as Winkler. His death has been ruled a suicide with nothing suspicious reported, and they believe he acted alone to take his own life.

Winkler went fishing on the afternoon of April 28 and left from the El Jobean boat ramp at approximately 2 p.m. When he didn’t return to his home later that evening, his wife grew concerned and told authorities he did not normally stay out late.

Winkler’s wife made an emergency call to the Coast Guard, and they launched an MH-60 Jayhawk helicopter and a 29-foot response boat from Station Fort Myers Beach.

Florida Fish and Wildlife Conservation and the Charlotte Harbor Marine Unit were also involved in the search.

The Coast Guard completed 23 separate searches, which spanned an area of 779 square miles.

Winkler’s 20-foot flats boat was spotted early on the morning of Friday, April 29 near Jug Creek, off Bokeelia. Winkler’s cell phone was on the boat, but he was not.

Authorities confirmed that his last cell phone ping was at 7:01 p.m. on Thursday, just south of Cape Haze.

The boat had a full tank of gas, and there was no damage noted when it was found. All life vests were still on board.

After searching for 48 hours in Charlotte Harbor, the United States Coast Guard suspended efforts on Saturday, April 30, but other agencies continued the search.

“Our hearts, thoughts and prayers go out to the family and friends of Mr. Winkler,” Capt. Gregory Case, commander of Coast Guard Sector St. Petersburg, stated in a press release.