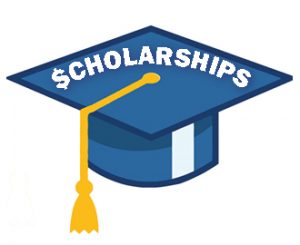 Twenty-one area organizations will receive funding from the Boca Grande Woman’s Club Community Grant Program in 2019, with a total of $209,000 awarded.

Earlier this year, the Club provided $20,000 to assist with sound and lighting for the new Community Center sunshade and $50,000 for the construction of a new public safety dock, bringing the annual grant award total to S279,000. That is one of the largest amounts donated in the organization’s history.

The Club’s fiscal year runs from May 1 to April 30.

The announcement was made following the club’s annual meeting on April 1.

In addition to the community grants, the club provided scholarships for 45 students, totaling more than $197,000.

Both the scholarship program and the community grant program are funded through the Annual Woman’s Club Gala and Boca Bargains.

“Without our members and supporters, we would not be able to make these contributions to our community or scholars. Their hard work and commitment are what makes these two fundraising efforts so successful,” said Kathy Berry, BGWC President.

Funding from the Community Grant Program will provide assistance for a range of programs, including providing a new public awareness brochure and new imaging equipment at the Boca Grande Health Clinic, increasing patrols on the Bike Path, Lee County Summer Camps, a new reading curriculum at The Island School and support of area schools including L.A. Ainger, The Island School, Lemon Bay High School and the Boca Grande Preschool.

Funding was also approved for the renovation and furnishing of the Children’s Secret Garden at the Johann Fust Library.

“It is with great pride we announce these awards each year,” said Berry.   “Our members work hard to generate these funds and we are devoted to supporting the Boca Grande Community.”

Since its founding in 1948, the BGWC has contributed more than $3,800,000 in funds to support community projects and local non-profit organizations.

The Club began giving funds to local groups as early as the 1950s.