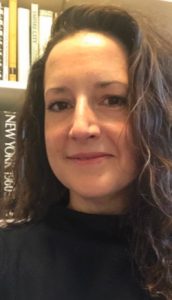 Expert on Gilded Age Art and Architecture Chelsea Bruner will be the luncheon speaker at the Boca Grande Historical Society’s Luncheon and Tour of Homes, to be held on Thursday, Jan. 31 at The Gasparilla Inn & Club.

Bruner will explore the motivations and cultural aspirations of the so-called “Robber Barons,” whose unprecedented wealth fueled an architectural and cultural revolution that is still felt today. Her edited volume, New York: Art and Cultural Capital of the Gilded Age,was recently published by Routledge (2018).

With the spread of the transcontinental railroads, resort communities proliferated along the lines. The architectural firm Carrère and Hastings arrived in St. Augustine at the invitation of Standard Oil and railroad mogul Henry Flagler, leading to the development further south of Palm Beach which provided work for a community of distinguished architects including Addison Mizner, Marion Sims Wyeth, Maurice Fatio,John Volk, John Ely Ives and F. Burrall Hoffman, some of whom designed residences on Boca Grande. This year’s tour features a spectacular house designed by Hoffman.

Strides toward cultural sophistication  were generated by the vast fortunes made in real estate, industry and finance, leading to the elite’s perception of themselves as a cohesive socioeconomic group. The resulting  inequalities gave birth to the labor movement. What will the economic, social and artistic implications of  today’s “gilded age” be?

Chelsea Bruner has been a practicing designer in New York City and Miami for over 20 years. She has a master’s degree in the history of art and design from Pratt Institute, and a PhD in the history of art and architecture from the City University of New York Graduate Center. In addition to design work, Chelsea taught design and architectural history at City College of New York’s Spitzer School of Architecture, Pratt Institute, and New York University before joining the Ringling College faculty as design historian in 2015.