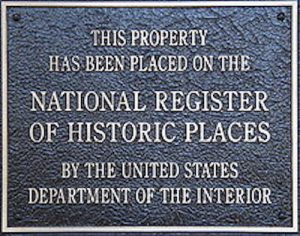 BY MARCY SHORTUSE- The Boca Grande Historic Preservation Board voted 4-2 against supporting a nomination for a portion of the Boca Grande residential historic district to be placed on the National Register of Historic Places at their monthly meeting on Tuesday, Nov. 10, after a public hearing was held and contention and confusion about the nomination was obvious.

However, the matter still has to be heard before the Lee County commissioners some time in December. Amanda Swindle, Lee County’s assistant attorney, felt fairly certain that the local board’s ruling will stand.

After a brief discussion of two certificates of appropriateness for local homes, the board opened up the public hearing section of the meeting. Lee County Principal Planner Anthony Rodriguez conference called Ruben Acosta and Andrew Waver of the Bureau of Historic Preservation, Division of Historical Resources in Tallahassee and they were also able to participate in the meeting.

Swindle began the hearing with an introduction to the nomination, and said the county had been notified on October 22 of its existence. If the nomination was approved, it would be heard by Acosta’s office in February of 2021 to be finalized.

As it turned out throughout the meeting, this was an impossible task, as the nomination in its entirety encompassed both Gilchrist Avenue and private residences. It was obvious that if the Boca Grande Historic Preservation Board voted in favor of the residential portion of the application, it would appear as though they were in favor of all of it.

Swindle also explained that if any private property owner within the nomination district wished to oppose the nomination on the record, they would have to complete a sworn, notarized affidavit. If no such affidavits were received, government authorities would assume everyone is in favor of the nomination.

Swindle then explained that if one property owner wanted to opt out, they could not do that if the nomination was approved. She said there was a way for a home to have historic status taken away, but that the state preferred to keep the contiguous homes in the district intact, if possible. Only by a percentage of “50 percent plus one” could private property owners nullify a nomination, and each property owner would have to provide a notarized, sworn affidavit.

Swindle then introduced Mikki Hartig, the author of the nomination. Hartig, a Sarasota resident and owner of Historical and Architectural Research Services in Sarasota, has worked with local officials in the past to complete the nomination for the island’s commercial district to the National Historic Register (done on behalf of Lee County, Hartig said), and she also helped The Gasparilla Inn & Club complete their nomination.

This particular nomination, though, was a bit different. Hartig insisted several times that no one urged her or asked her to complete the nomination paperwork; she said she had taken the task on herself to, as she put it, “finish what was started when the commercial district nomination was completed.”

Seibert then said she was the one who sponsored Hartig’s nomination of a portion of the downtown historic district to the National Register of Historic Places.

Since hearing of the nomination, many property owners were taken aback at a Sarasota resident taking it upon themself to nominate their homes for what Hartig and Seibert called the “prestigious honor” of being listed. And while Hartig insisted that she was not attempting to exclude property owners from participating in the nomination process, she approached the Lee County Historic Preservation Board last month and asked them to approve the nomination without notifying individual homeowners, or even the local historic preservation board.

After giving a brief synopsis of the nomination at Tuesday’s historic board meeting, Board President Jerry Edgerton asked Hartig some pointed questions as to how she drew the boundaries of the nominated area, and which property owners she had notified. Hartig said she had notified all of them, the county sent a letter and the state sent letters. Only a handful of those property owners who attended the webinar or the meeting, though, said they had received such notification. Others said they had received letters that had incomplete information regarding the proposal, and got them in the mail only a few days before the matter came before the island historic preservation board.

Paterson then asked Hartig again who had hired her to file this nomination, to which Hartig emphatically replied, “No one. I did it over a period of a year and a half.”

Paterson then asked Hartig to support that she stated earlier that this listing on the register would increase property values. Hartig confirmed that.

“Well, guess what?” Paterson responded. “I think we’re doing just fine.As far as creating an environment with a national designation, I think we’re already there. Does anyone in the world not know how wonderful Boca Grande is? Does this add to anything we are? I don’t think so.”

Edgerton agreed, and said to Hartig it seemed as though she had made this decision to be on the register for about 130 island residents. Hartig disagreed.

“I didn’t make any decisions. I wrote the nomination and documented the residential area. The state set the boundaries.”

This contradicted Hartig’s earlier statement when she described to Edgerton the precise way she determined where the boundaries would be set.

One audience member asked why St. Andrew’s Episcopal Church, which is more than 100 years old, was not listed on this nomination. Hartig said she did not know.

In fact, the address of Our Lady of Mercy Catholic Church was listed as non-contributing on Hartig’s nomination as well. There were some addresses that were listed incorrectly, so that might have been one of them.

After Hartig spoke three different people spoke in opposition of the nomination. The first was Mary O’Bannon, a representative of The Gasparilla Inn & Club, who said that the manor the nomination was presented was very concerning. O’Bannon pointed out there were numerous inaccuracies and inconsistencies, and that Hartig had prepared this extensive amount of paperwork without reaching out to the community, or the property owners.

“This lack of communication is baffling,” O’Bannon said. “There are also flaws with the content and the substance of this application. The Inn’s objective is to ensure all facts are undisputed and accurate. Due to the unusualness of this application, the bypassing of this local board, and the lack of proper notification of homeowners in the district, I reached out to someone who could give us an objective opinion.”

O’Bannon then introduced Janet Murphy of Palm Beach, an architectural historian with more than 25 years of experience. Murphy’s presentation to the board included evidence of numerous flaws in the nomination, including the fact that the key players Hartig’s application focused on – well-known architectural landscape artist Carl Rust Parker and the Olmstead Brothers Firm  – could not be linked to the finalized version of Boca Grande’s town planning in the 1920s, the fact that the nomination only includes historical details of homes on Gilchrist Avenue and nowhere else, and the fact that the town is a good example of the “City Beautiful Movement” that was applied in the 1890s in response to the dirty, despicable tenements of large cities across the country.

Gloria Sajgo, currently with Aplanaday, LLC and formerly the Lee County Principal Planner for many years, then spoke. She, too, agreed that the miscommunication between Hartig and property owners was apparent, that she was surprised to see no mention of the definition of what Hartig meant when she used the term “Gilchrist median,” and again clarified that it was odd that the road was not colored in on the first version of the nomination, but was later colored green as “contributing” (Hartig said in the webinar that the original nomination contained a “coloring issue”).

Sajgo also clarified something that several property owners seemed not to understand. FEMA’s “50 percent” rule, which would mean a home would have to be built to current code if it was rebuilt or remodeled more than 50 percent due to a natural disaster. Hartig used the FEMA exemption as a bonus to the property owners in the proposed district, when in fact they already have that protection.
“Whatever incentives would be available to property owners through listing on the National Register are already available through the local designation,” she said.

The matter will be heard at the Lee County Historic Preservation Board on Thursday, Nov. 19 as an informational item only. It will be heard by Lee County Commissioners in December to finalize the decision.