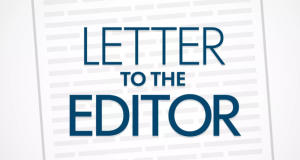 Congratulations on writing a significant editorial regarding the spring break party that was held recently. Without being specific, the editorial was more superficial than comprehensive. All of us “locals” – locals being defined as those people who have lived here for a long period of time, especially those who remember how things were before the bridge – I think would agree with the essence of your editorial.

However, your readers need some insight into what has happened to Boca Grande since the bridge came in. At that time, Boca Grande was a multi-dimensional community made up of all kinds of people doing all kinds of things to make a living. If they worked here or were in business here, they lived here. At that time, the winter “beach fronters,” as they were called, had some toady represent their interest with regard to local issues, and they left the affairs of the community with regard to most issues to the locals. In other words, they did not interfere with the wishes of the locals.

That has all changed. Instead of being a multi-dimensional community of mostly working-class people, it has become in essence a wealthy ghetto. Most of the people you refer to as year-rounders are their ghetto neighbors. It reminds me of a reported conversation between F. Scott Fitzgerald and Ernest Hemingway. Fitzgerald was enamored of the wealthy society of that time. He said to Ernest that the wealthy are different than you and me, to which Ernest replied, “Yes, they have more money.”

This new category of people known as year-rounders is basically no different from the winter people. As I said in the WGCU documentary done on Boca Grande a few years ago referring to the bridge, Boca Grande will never be the same again. Some people say it’s better than ever, and there is a lot of truth in that. The wealthy ghetto dwellers have contributed enormously to the well-being of the island, but at a price.

The price is that we have lost the historical nature and character of Boca Grande. It has been superimposed by a group of people who have a totally different cultural background than the historical Boca Grande native.

Since my family has been here for over 100 years, I know a thing or two about its past and present, and hopefully the four generations of my family that live and work here now will carry on the tradition.