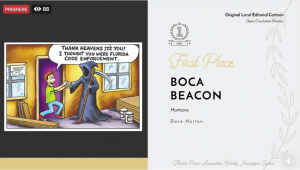 STAFF REPORT – It was a good showing for the Boca Beacon team at the Florida Press Association’s Better Weekly Newspaper Awards on Friday, July 31, with the virtual presentation announcing 13 awards that went to the island’s hard-working newshounds.

This year the awards were even sweeter, as it was a record number of entries that the judges had to go through to find the best of the best. 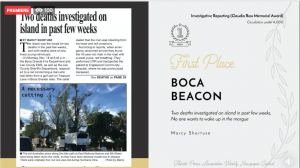 Two first place awards went to the team – one to Dave Horton for a local editorial cartoon entry, and one to Editor Marcy Shortuse in the “Investigative Reporting” category. 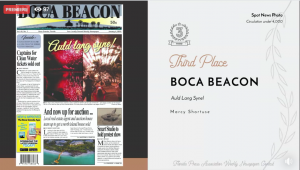 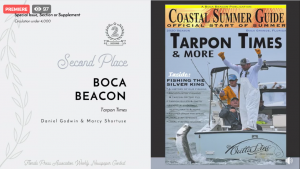 “It was a great year for us at this event, one that is usually used as a little overnight getaway for the team,” said Boca Beacon Publisher Dusty Hopkins. “Because it was such a strange year and the awards were virtual, we didn’t get to enjoy that part of the experience, but I couldn’t be prouder of our team either way.”