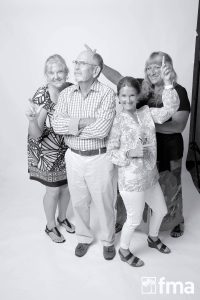 OIn the evening of August 11 Boca Beacon and Gasparilla Island Magazine staffers were more than happy to find out we had won a total of 12 awards from the Florida Press Association Better Weekly Newspaper Awards, and the Florida Magazine Association Awards.

The Boca Beacon received two first place awards, one issued to Leighton Ingram for his fishing column titled “An Old Skiff and a New Tide” and one to Editor Marcy Shortuse for her Arts, Entertainment and Review Reporting on Taste of Boca.

The Beacon staff also took two second place awards, one for Shortuse for her sports column titled, “There are a Lot of Legends in Boca Grande Pass” and one for Shortuse and Art Director Daniel Godwin for Tarpon Times.

Gasparilla Island Magazine took home two third place awards – one for Best Design for a Department for a history piece on Whidden’s Marina, and one award for Best Design of Advertisement for an Outside Client.

The festivities took place at the Ritz-Carlton in Naples, and the two-day event combined the awards lunch and dinner with seminars of all different sorts regarding printed and digital media.

“This was a great year for our products to be recognized,” said Publisher Dusty Hopkins. “For having a small circulation we really make an impression at these conferences, and everybody seems to know our name. I’m very proud of our staff for bringing home so many awards.”