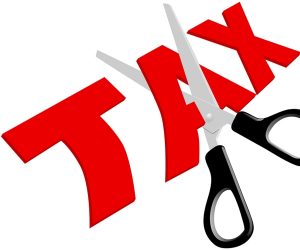 The Florida Retail Federation (FRF), the state’s premier trade association celebrating more than 80 years of supporting Florida’s retailers, is encouraging consumers and retailers to prepare for the upcoming Back-to-School Sales Tax Holiday. This popular annual “holiday” takes place August 2-6.  During this time, consumers will not have to pay sales tax on thousands of eligible items such as clothes, shoes, school supplies and the return of technology items. The sales tax holiday also benefits Sunshine State retailers, who see increased sales and as a result, create new jobs for hard-working Florida families.

Serving as the state’s second-busiest shopping holiday behind Black Friday, this year’s list of eligible items includes technology items up to $1,000 (not included in 2018), clothing, shoes and bags costing $60 or less and school supplies $15 or less. Nationally, the average family shopping for K-12 students is expected to spend $696.70, the highest in survey history according to FRF’s national partners at the National Retail Federation’s annual survey. Total spending nationally is expected to be slightly lower than last year, due to fewer families with students in grades K-12, totaling $26.2 billion, down from $27.5 billion.

Families with college students are expected to spend an average of $976.78, which is up from last year’s $942.17 and tops the previous record of $969.88 set in 2017. With fewer respondents saying they are attending college, spending is expected to total $54.5 billion, down from last year’s record $55.3 billion.

Total spending nationally for K-12 schools and college combined is projected to reach $80.7 billion, down from last year’s $82.8 billion largely because of the decreased number of households with children in elementary through high school.

According to the survey, back-to-school shoppers plan to spend the most on clothing ($236.90). In addition, shoppers also plan to spend:

College shoppers plan to spend the most on electronics ($234.69), followed by:

They plan to do most of their shopping online (45 percent), followed by department stores (39 percent), discount stores (36 percent), college bookstores (32 percent) and office supply stores (29 percent).

“Consumers desire the ability to shop in different ways and at different times, and retailers have responded by providing innovative shopping options for them to choose from,” said Shalley. “We’re proud of the many technological advancements our retail members have made that ensure everyone’s shopping experience is fun, safe and easy.”

This year will mark the 10th year in a row it has taken place. For the complete list of eligible tax-free items, visit FRF.org.