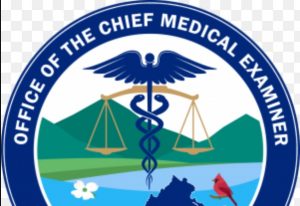 The death of a 54-year-old woman on a north Boca Grande beach has been ruled accidental by the Office of the District Medical Examiner.

Marcella Soloman of Melbourne Beach had been staying at a home near where she was found, which was on the beach in the 5800 block of Gulf Shores Drive. She was found on the beach, according to Charlotte County Sheriff’s Office reports, in a position that would indicate she had been sunbathing. Reports indicate someone who did not know Solomon found her and went up to the residences nearby on the beach to find someone who knew her.

The Charlotte County  Sheriff’s Office and Charlotte County EMS responded to the 911 call that came in on October 29 of last year at around 4 p.m., as did Lee County EMS, the Boca Grande Fire Department and the Lee County Sheriff’s Office. Charlotte County was first on the scene, and, according to reports, Charlotte County deputies determined Solomon was deceased. They would not allow Lee or Charlotte County EMS to run any tests on Solomon to confirm that there were no vital signs. Witnesses at the scene said there were no obvious signs of death to Solomon’s body, and they were puzzled by Charlotte County deputies not allowing EMS professionals to run their tests. In a conversation with the Medical Examiner’s Office, it was confirmed that sheriff’s deputies in the field were not supposed to “call” a death unless it was an “obvious” one, meaning the person sustained injuries so obvious that there was no way to live after receiving them, or that the body was severely decomposed.

Last week the Boca Beacon received the autopsy results in the mail, which confirmed the fact that there were no obvious signs of death on the external surface of Ms. Solomon; there were no marks at all, with the exception of ant bites and some old bruises.

On Tuesday, Jan. 7 the Boca Beacon wrote an email to Charlotte County Sheriff Bill Prummell, Maj. James Kenville at the Charlotte County Sheriff’s Office, Charlotte County Commissioner Bill Truex and two administrators from Charlotte County EMS explaining that there was still confusion as to why EMS workers were not allowed to confirm Solomon’s death through the performance of some simple tests, and asking if the Sheriff’s Office would be re-examining their policy pertaining to deputies in the field and how they would handle situations like this moving forward in the future. As of press time there was no response from any of the four. A second request was sent.