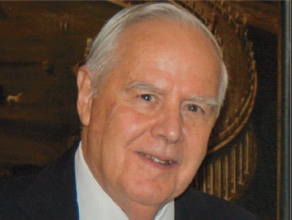 Dr. Theodore Van Itallie, obesity expert and leading researcher in metabolic diseases, died September 14 in Old Lyme, Connecticut. He was 99. The author of over 200 publications, Dr. Van Itallie was the first to demonstrate that weight loss was a function of calorie reduction, not changes in the protein or other composition of the diet. He publicly refuted the “calories don’t count” school of weight loss and often provided the popular press with responsible medicine’s commentary on the latest fad diet.

He did ground-breaking work on numerous metabolic diseases before focusing on obesity in 1975 as the founder of the Obesity Research Center at St. Luke’s Hospital in New York, the first such center supported by the National Institutes of Health. There Dr. Van Itallie pioneered work on the regulation of food intake, the mechanism of satiety signals, the physiologic changes in fat cells associated with obesity and the risks of rapid weight loss. He developed new models for assessment of nutritional status and did early work on the epidemiology of obesity in the U.S.

Dr. Van Itallie was born in Hackensack, New Jersey in 1919. He graduated from Deerfield Academy, Harvard College and Columbia University’s College of Physicians and Surgeons. He was a lieutenant (j.g.) in the Navy Medical Corps and saw active duty in the Pacific theatre.

Returning from Japan in 1948, Dr. Van Itallie completed his residency training at St. Luke’s Hospital in New York and accepted a research and teaching position at Harvard Medical School.  He returned to St. Luke’s as Director of Medicine in 1957. St. Luke’s became a Columbia University teaching hospital under his leadership.

In 1975 Dr. Van Itallie stepped down as Director of Medicine to run the first NIH-funded center for obesity research. He advised numerous government officials and agencies on human nutrition, recommended dietary allowances, dietary fat, advanced teaching of nutrition and surgical treatment of obesity, including the National Institutes of Health, the White House, the U.S. Surgeon General, the Food and Drug Administration and the Department of Agriculture.

Retiring from the Obesity Research Center in 1988, Dr. Van Itallie continued his devotion to medical research, publishing over 48 journal articles, consulting on clinical research and devoting special attention to ketone esters as a therapeutic agent for Parkinson’s and Alzheimer’s disease.

He was a dedicated amateur historian, authoring numerous articles on the history of the Florida west coast and serving as president of the Florida Historical Society 2001-2003.

A memorial service will be held in Old Lyme, Connecticut in November.

Dr. Van Itallie was a founding member of the Boca Grande Historical Society. In 2009 he wrote a letter that explained his love for the island and it’s amazing past:

“The opportunity of playing a role in the creation and the development of the BGHS has enormously enriched my later years. It has been a privilege to be part of an organization that has played such a constructive role in educating our residents and others about Boca  Grande’s and the region’s remarkable history. It has always been a tenet of mine that, through its diverse educational activities, our society helps our residents appreciate their common heritage and, in this way, exerts a unifying influence in the community.

Finally, as a part of my participation in the work of the society, I have had the pleasure of meeting and working with many wonderful people – people who have contributed in so many ways to the society’s success and whose friendship I have thoroughly enjoyed.”