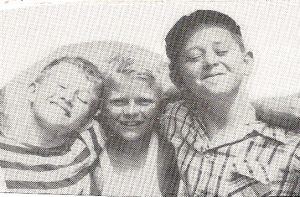 The following is a story written by Karen Grace and the Boca Grande Historical Society. It details some of the more amusing highlights of small-town living back in the day, in Boca Grande.

We thank them for their contribution.

SUBMITTED BY THE BOCA GRANDE HISTORICAL SOCIETY- Bayard Sharp was known for his love of boats, fishing and golf, for owning The Gasparilla Inn and for donating the railroad right-of-way to the community for a bike path.  Some of his best stories, however, are about the pranks he and his friends pulled on each other and on unsuspecting victims.

Remembering how Boca Grande once was in an interview with Malabar

Hornblower, he tells how he and two friends used twelve jars of Vaseline to grease up two piglets then let them loose in the Gasparilla Inn parlor at teatime.

He described these teas as sedate and formal.

“You can imagine what happened,” he said, “when those squealing pigs came slipping across the floor. Ladies screamed, pulled up their flouncy skirts, climbed on chairs and tables, and clutched at one another. It was bedlam.”

When golf cart use on the Inn course began, Sharp says that jousting matches became a nightly event. Passenger knights wielded flag poles borrowed from the putting practice green while driver knights charged toward each other at top speed. And he remembered a boggy area on the course where there were fiddler crabs.

“Still alive, they were tucked between two slices of bread, carefully wrapped as an appetizing lunch, and given to unpopular guests departing by train.  When the packages were opened, the crabs scuttled over the passengers and created pandemonium.” 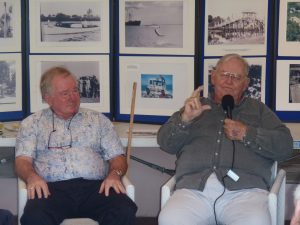 A story he told often was about how a cow ended up in Bayard and his wife Mary’s bathroom. Apparently, the cow had been put there while the Sharps were at a cocktail party and had made quite a mess. They surmised that their cousins, the Weymouths, were behind the prank so they led the cow to the Weymouth’s garage that had been converted into a dormitory for visiting young boys.

They pushed the cow inside and waited to hear the cow “rampaging among the cots and orange crates” in the dark garage.

The tricks weren’t over as later the Weymouth kids and their friends returned to the Sharps and tried to push the cow into Mary’s convertible.  Fortunately, Sheriff Johns Knight happened by and made the perpetrators walk the cow back down to its home at the south end of the island.

The Sharps weren’t the only pranksters. Several of the fishing captains were also known to play tricks on each other or on their clients. Once when Bo Smith was away from his boat, Lonnie Futch took the line off Bo’s reel and “put an old sock on the reel, put a line on top of it, and put it back in Bo’s boat.”

When Bo went to the Pass and hooked a tarpon, the line ran out and “took all the guides off the rod.” 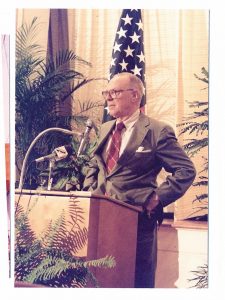 When fishing was slow, Donald Joiner sometimes secretly put a bucket on the end of a line and let clients work very hard to land what they thought was a monster fish.

And the Bad Boys of Boca Grande, Dumplin’ Wheeler and Jackie Sullivan, were known for their in-town pranks like blocking traffic at Fourth and Park by moving parked cars into the middle of the road or by putting someone’s outhouse into the intersection. Once they caught a cormorant and let it go in Miss Rachel’s dress shop. Cormorants relieve themselves frequently so by the next morning the shop was a mess.  Dumplin’ noted that a dress sale soon followed. And, according to the two men, the pranks continued.

This article is based on several editions of Connections, a publication of the Historical Society, and on information from History Bytes and oral histories.

The History Center welcomes input from all. Please send comments or questions to bocagrandehistoricalsociety@gmail.com. This History Center Archives also invites the community to lend photographs, documents or other materials which it will scan and return to the lender.