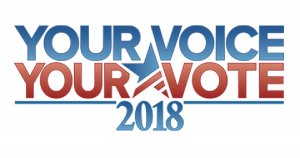 Voter turnout on Tuesday exceeded the 2014 midterm election in both Lee and Charlotte counties.

Charlotte County precinct 78 (American Legion Post in Rotonda) had 178 Democratic voters, 582 Republican voters, 201 voters with no party affiliation and 10 registered as other.

All but one of the constitutional amendments on the ballot passed. Here are the results:

Amendment 1, a move to increase homestead property tax exemption, fell short of the votes needed to enact it.

Amendment 2 passed and will cement a 10 percent annual cap on increases in all non homestead property assessments.

Amendment 3 passed and will give voters the right to authorize and potentially expand casino gambling in the state. It takes the power away from the state legislature.

Amendment 5 passed and will require 1 two-thirds super majority vote in the legislature to impose, approve or raise state taxes and fees.

Amendment 6 passed and will create a bill of rights for crime victims and establish two new sets of requirements for judges.

Amendment 7 passed and will provide survivor benefits for the families of first responders and military service members, as well as make changes to the governance of public colleges and universities.

Amendment 9, one of the bundled amendments, passed. This will ban oil and gas drilling in state-owned waters and add vaping to the ban on smoking indoors.

Amendment 10 passed and will set the legislation start date to January rather than March. It will also require a state veterans’ affairs department and four elected official positions in each county.

Amendment 11 passed and will revise some language that stops “aliens ineligible for citizenship” from owning property, as well as some language approving a high-speed rail system.

Amendment 12 passed and will bar public officials from lobbying.

Amendment 13 passed and will ban greyhound racing by 2020.

The results of the local elections are unofficial at this time, according to Lou Spacco, communications officer for Charlotte County Supervisor of Elections.

“By law we have to wait 48 hours to do the provisionals, and then we have to wait to see if we get any more votes in the mail from overseas,” Spacco said. “Then we will send the results to the state in 10 days.”