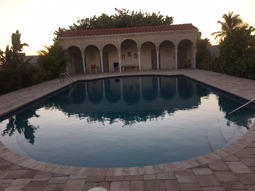 Tickets for the Tour of Historic Homes and Luncheon of the The Boca Grande Historical Society go on sale December 5th.

The tour follows from 2 to 4:30 p.m. “Las Olas,” the estate of Louise and Frank Crowninshield, will be the centerpiece of of the tour. It has not been open to the public since the Crowninshields were in residence in the 1950s. Along with Frank’s brother Ben, they were the first members of their families to discover Boca Grande, but they were soon followed by Henry Francis du Pont, brother of Louise and founder of The Winterthur Museum, the best collection of American furniture and decorative arts in the world. Both were ardent preservationists.

The luncheon speaker will be Jeff Groff, Historian and Director of Interpretation at The Winterthur Museum, who will explore the social world of of the du Ponts and the Crowninshields in Boca Grande, the Brandywine River Valley and Marblehead.

What drew them to Boca Grande and what was Boca Grande like when they arrived? How did they entertain here and in their other homes? How did they while away their days in “paradise”? Who was invited to join them? How did they travel between places? How did they acquire what was necessary for their “luxurious but simple” way of life here? Tickets for the luncheon are $50. The tour is $60 for members of the Historical Society and $70 for non-members.

Tickets may be purchased through PayPal, or by credit card or personal check. Call 964-1600 or stop by the Boca Grande Museum and History Center at 170 Park Avenue.