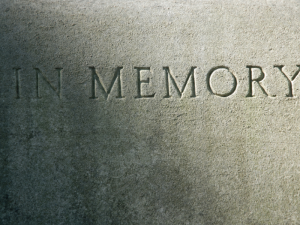 Born on February 25, 1935 in Cincinnati, Ohio, he had served in the U.S. Air Force, attaining the rank of Captain. A graduate of Ohio State, he received his doctorate degree in medicine from the University of Cincinnati.

Dr. Eha’s thirty-year practice in Anderson Township, Ohio was in dermatology. He moved to Florida two years ago from New Richmond, Ohio.

Survivors include his loving wife of twenty-seven years, Carolyn A. Eha; one son, James K. Eha of Cincinnati, Ohio; one daughter, Amy and her husband Leland Story of New Richmond, Ohio; two step- sons, Gary and his wife Vikki Rose of Crescent Springs, Kentucky, and Tom and his wife Patti Rose of Cherry Grove, Ohio; one sister, Wanda Wilking of Blue Ash, Ohio; and six grandchildren.

As per James’ wishes, there will be no service.

Englewood Community Funeral Home with Private Crematory has been selected to handle arrangements. You may share a memory with the Eha family at www.englewoodfh.com.