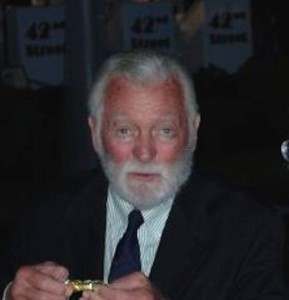 On February 19 the island lost a beautiful soul. Mr. Bill Winterer passed away, and even though we knew he wasn’t well it was still a shock.

If you read his obituary you will see he was a very accomplished man, a man known for many impressive things. But I wanted to take a moment and tell you from a mom’s perspective how wonderful he was.

Mr. Winterer and his wife were extremely involved in The Island School and The Island School Foundation. They were at the heart of so many events the school had, like the sandcastle party at the Stevenson home. I don’t just mean they were always there helping to raise money or to contribute generously, I mean they were really THERE. I don’t kow how many times I walked into Farish Hall to find him with children seated around him, telling classic children’s tales in a way that only he could. His eyes were always twinkling, his cheeks always pink – you could tell he loved what he was doing.

It had everything to do with devoting his time to our tiny little school, making sure he did his part to instill in our children a deeper love of reading. Just his presence in the room seemed to make the kids happy. He made them feel special, and he made them feel loved.

Just a good man. I don’t know if there’s a bigger compliment I can give. Everyone at The Island School loved him, as they love his wife, Vicky. It’s a huge loss.

When I finally told my kids who attend TIS that he had passed, they were at a loss for words. One of the twins finally said, “He was reading us Raggedy Ann! He didn’t finish!” and she cried. So did I.

Thank you, Mr. Winterer. We will be finding that Raggedy Ann book and finishing it.

Sending as much love as I can, in hopes it finds you in heaven.