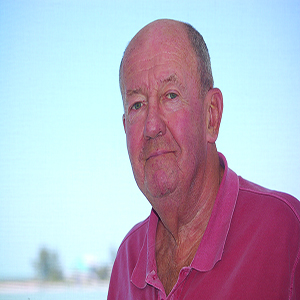 BY BOB ELLIOTT – It’s time to offer a mea culpa to Mr. Al Gore or whoever invented the internet. All I was trying to do in previous columns was to point out that the internet has caused a certain level of attention-deficit disorder in its frequent users and has put a crimp on clear, concise, written and verbal communications.

Far be it for me to denigrate the internet, as it has revolutionized the way we go about our daily lives. It’s just that I worry that it has put increased pressure on all of us and that it is affecting social mores and interrelationships. I was just trying to warn us of having to watch people, especially young people, with their heads buried in their laps wondering whether or not we’d ever see the pupils of their eyes. “Come up for air every so often, will you?” I worry about the direction of creative writing in this country, about losing the nuances of our language like punctuation and cursive writing, about de-personalizing all forms of communication.

Lo and behold, there’s a new movie just out about the internet. It’s a documentary, and amusingly, its title is “Lo and Behold: Reveries of the Connected World.” This full-length movie covers such things as “Artificial Intelligence,” “Life without the Net” and “The Internet and Me.” Unfortunately, it never deals with the role the internet plays in interpersonal communications.

When you look at it, internet communications are inward and normal communications are outward. While answering emails and researching websites, one is drawing from one’s personal intellect and exhibiting one’s own initiatives. When normally communicating outside of the internet, we are surrounded by different factors, especially the thoughts and opinions of others. We are also respecting and honoring the feelings of other people and our relationships with them.

Consider the way we’ve been taught to communicate through the spoken and written word. There are three rules we’d probably obey when preparing to either answer a letter or prepare to give a talk. First, we wouldn’t respond to a communication without deciding on what medium we wanted to use … letter, phone call, visit … and what approach we’d take: aggressive, reasonable, apologetic. We would organize our thoughts to make them rational and realistic, according to whomever we were addressing. The immediacy of response in internet communications puts pressure on us to respond and limits our ability to organize our thoughts.

The second is the use of nonverbal communication. Some of us remember the good old days in business, when we valued the concept of “press the flesh,” meeting people and getting to know them through meetings, conferences and conventions. It’s when we could let our personalities loose and be persuasive. This has been cut into by teleconferencing, Skype and other electronic means. It’s pretty tough to show emotions and enthusiasm through these media.

Then we have the use of language. How many times have you struggled to pick just the right words in the right order in preparing for a presentation or writing a response to a meaningful letter? You take the time to select the appropriate metaphors and analogies, facts and stories to write about. An example: A friend of mine, Mike Schyck, is the wrestling coach at Lemon Bay High School. I was telling him about my grandson, a wrestler, who had a specific dilemma, and I asked Mike if he might write him an inspirational letter and send it via email. Mike wrote a long motivational email about leadership, teamwork and personal responsibility that you would be proud of. So, it can be done.

There’s a new book out called “Wasting Time on the Internet,” in which Kenneth Goldsmith of the University of Pennsylvania says, “We’re headed into a creative renaissance, one with unprecedented speed and inclusion.” This shows promise for the internet as a creative tool.

In the meantime, I’m happy with the internet for shopping, research and things that I’m curious about. And email is important to me. I look forward to the occasional email from a friend saying that he is in Ukraine, his hotel room has been burglarized, and I should wire him $3,000 for a plane ticket home. Oh, the joys of the internet.

Bob Elliott, creator of the Boca Grande Camera Club, spent a career improving communications at large corporations, where he witnessed many of the faux pas detailed in the book “Make Your Point” which he cowrote with Kevin Carroll. As a communications consultant he developed relationships with top American companies and worked with model, actress and sport personalities.

Newer PostArthur A. Houghton Jr. – the man whose name is on the room
Older Post11th Annual Boca Grande Scramble to be held at The Gasparilla Golf Club